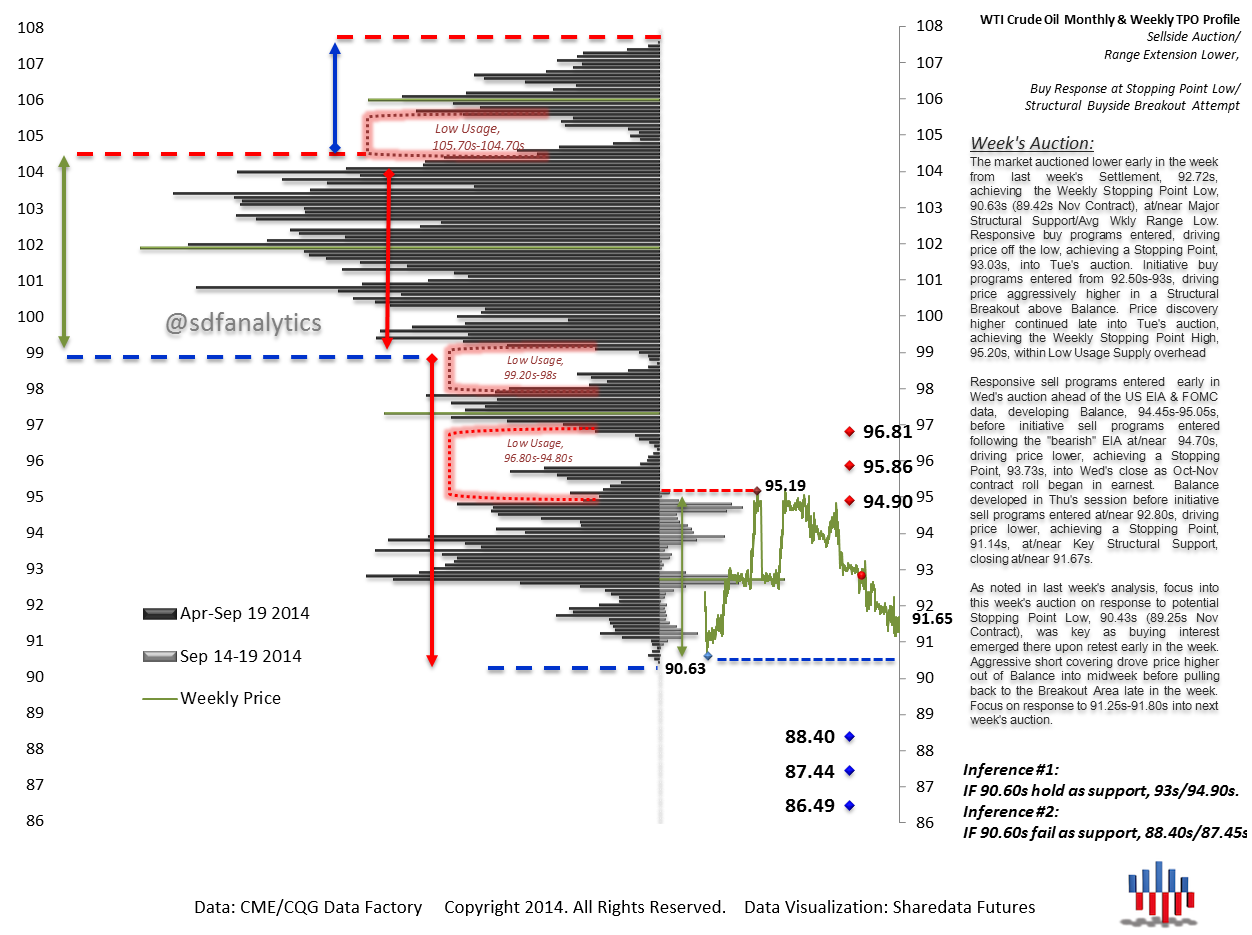 As noted in last week’s analysis, focus on response to 91.25s-91.80s into this week’s auction was key  as buying interest emerged there after sellside clearing of stops. Price discovery higher occurred the remainder of the week, achieving the Weekly Stopping Point High, 93.85s, near the Apr-Sep Lowest POC. Focus on response to Low Usage Resistance, 94.80s-96.80s, overhead into next week’s auction.
21-26Sep Auction
via Weekly Statistical Levels Study 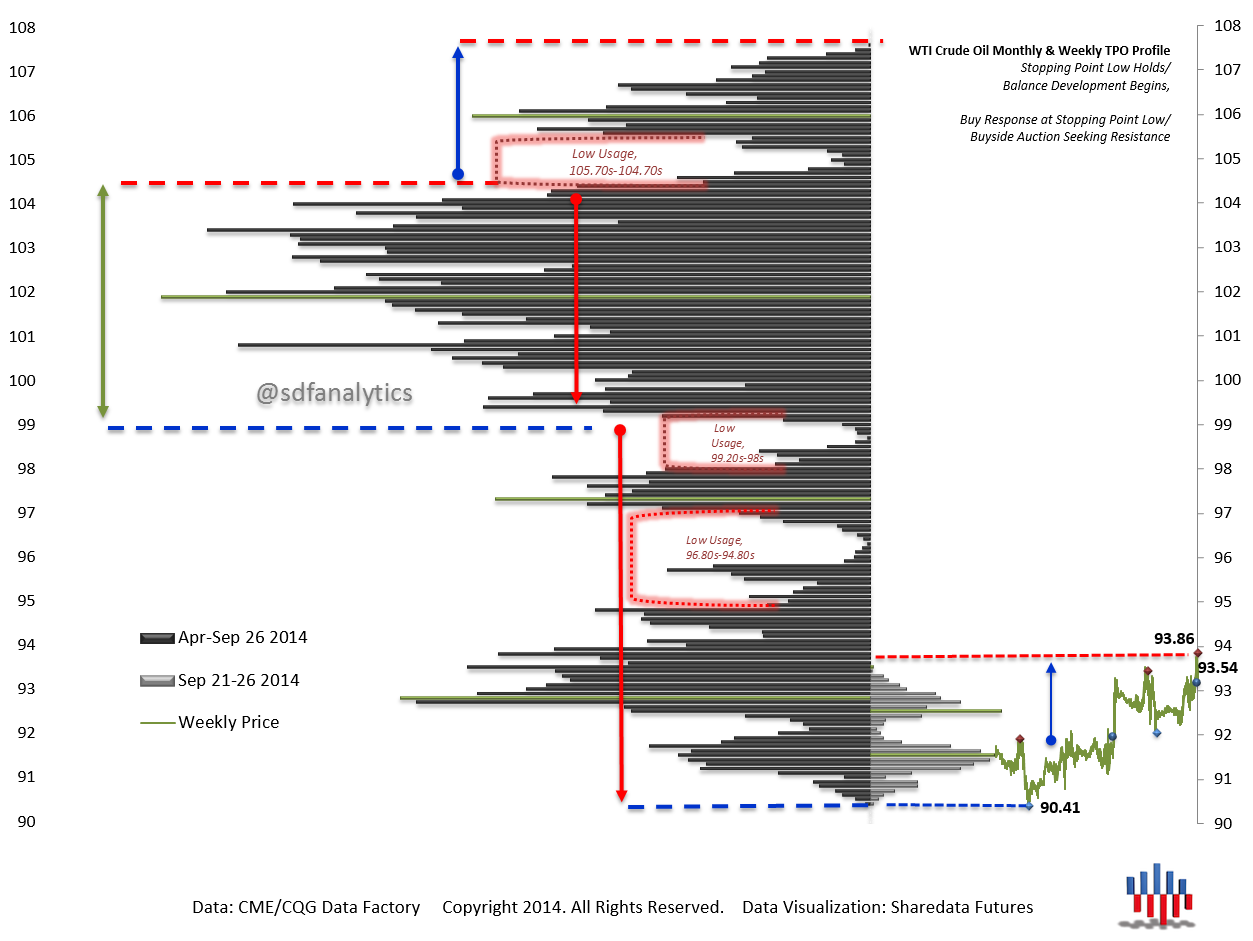