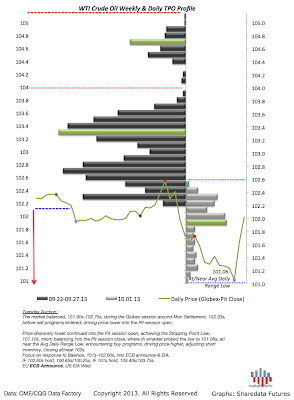 Multi-day Balance, 101s-102.80s, continues to develop. Focus on response at either edge. 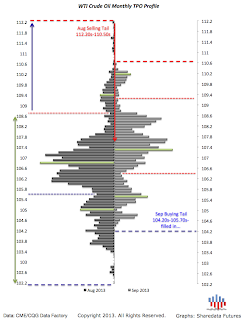 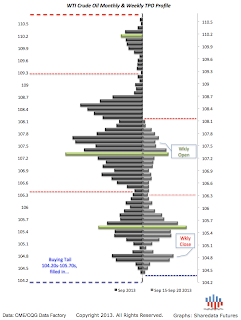 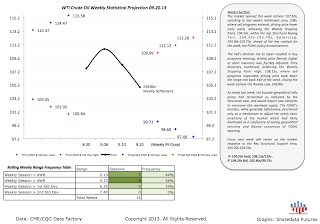 The market opened this week at/near 104.90s, where sell programs entered, driving price lower, achieving the Weekly Stopping Point Low, 102.30s, at/near Key Structural Support into midweek.
Buy programs entered there as responsive buying drove price off the low toward 104s, forming the week’s Balance area. Development of the Balance, 102.30s-104s, continued for the remainder of the week, closing at/near 102.90s.
Ultimately, this week’s auction response to 104.90s did result in sell programs driving price lower to achieve the Weekly Stopping Point Low, 102.30s, at/near Major Structural Support from Aug, ending the week with development of the trading cluster, 102.30s-104s.
These studies helped inform our subscribers of the significance of the response to the 104.90 area, its implications, and the quantifiable destinations in congruence with the market structure, in this case, short positions toward Major Structural Support followed by responsive trade at Balance edges.
Holistic analysis based on the market generated data and probability logic.
Interested in what to look for next week?
Please visit our subscription page for a free trial.