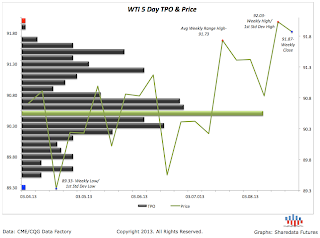 As noted in last week’s review, here, following the structural breakdown of 91.50s, the market was poised to continue the price discovery lower this week within the Oct/Dec trade cluster, 90.40s-87.90s.

Last week’s Stopping Point, 90.20s, was tested, extending the range lower toward the cluster POC, 89.40s. The Stopping Point was achieved there, balancing from 89.30s-90.80s midweek before buyside sequence into week’s end, closing at/near the high 92s.
The sellside response at/near the key structural resistance, 91.50s/92s, will be key in next week’s auction. IF sellside defends, then price discovery potential lower toward 89.40s/88s. IF sellside fails to defend structural resistance, then price discovery potential higher toward 93s/95s as inventory is adjusted. 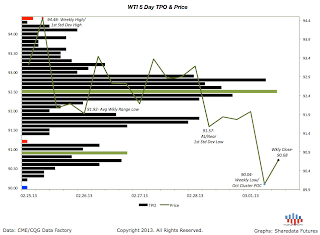 As inferred last week, here & here, the failure of the 92.50s to hold as support resulted in price discovery lower toward the Major structural support at 91.50s.