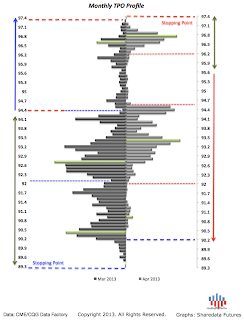 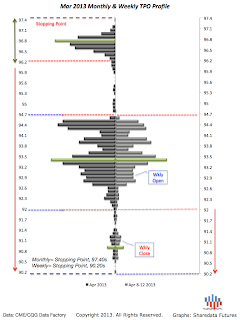 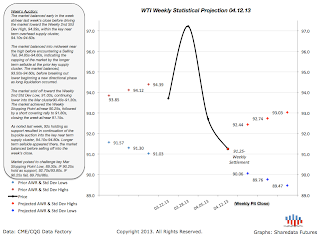 The market opened this week at/near the prior week’s low, 90.55s, breaking down in the Sunday Globex session driving the market toward the Weekly 2nd Std Dev Low, 89.47s, early in this week’s auction.


The market developed the Stopping Point at/near 88.50s, Balancing (88.50s-90.25s), then resumed the price discovery lower toward the 86.40s achieving the Stopping Point there at/near Major Structural Support from Nov-Dec 2012. The market saw a midweek relief rally off this level, selling off back to test the Weekly Stopping Point into Thu’s session. The market probed the low, 86.40s, down to 86s, encountering the buy response, continuing the development of the balance phase, 86s-89s, closing the week at/near 88.30s.

These studies informed our subscribers of the likely challenge of the Major Structural Low, 89.30s, and the implications of both potential outcomes at that level. The market behavior of significantly exceeding the 2nd Standard Deviation Low projection early in the week further confirmed the likely destination, the next Major Structural Support, 86s. This information provided quantifiable, potential destinations and strategy (short positions early week, range trade mid to late week) in congruence with the market structure.

A holistic market view based on the market generated data and probability logic, not opinion.
For additional information & a 1 week free trial,
please visit our subscription page. 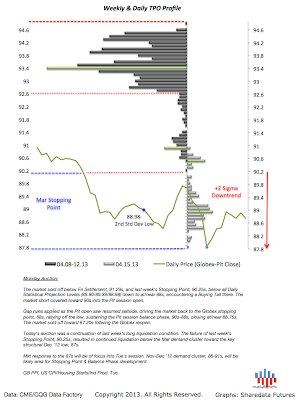 As of 730 CST,
the market auctioned lower from Mon Settlement, 88.70s, toward the Major Structural Support, 86s, referenced in the weekend review.

The market encountered the buy response there auctioning the market back toward the Mon Settle.

The market has achieved a Stopping Point in the Globex session at/near a Major Structural Support.