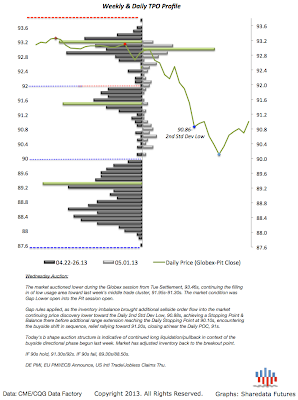 As of 730 CST,
the market balanced around Wed Settlement, 91.03s, before auctioning toward yesterday’s Pit session open at/near 91.75s into the ECB announcement (rate cut). 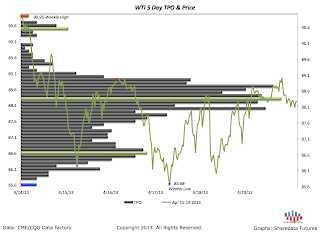 As noted last week here, the market response at/near the 90.25s was key in the outcome of this week’s auction. The market opened this week at/near last week’s low breaking down in the Sunday Globex session well beyond the Weekly 2nd Std Dev Low projection, 89.47s, here.

The market saw a relief rally from that level before selling off back down to test the Stopping Point, probing the low down toward 85.70s. There, the market cleared the stops, encountering the buy response, and rallied the market off the low. This action solidified the development of the Balance Phase, 86s-89s, amidst the contract roll, closing the week at/near 88.30s.